WHY DO DOGS PLAY? 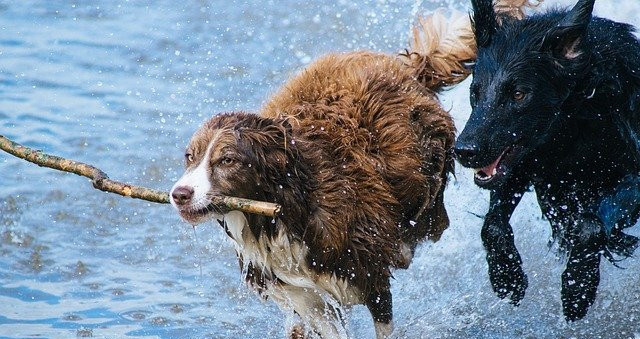 Think back to your childhood for a moment: What was your favorite game to play?

Did you chase your friends in tumbling games of tag or red rover? Did you wrestle with your siblings, only pausing when someone started to cry? or bleed? How about “Let’s see who can climb higher in this tree”?

Whatever your favorite childhood game, think now to the present. Do you play those same games with your adult friends? Do you spend summer evenings chasing other grownups in a roaring game of flashlight tag? Or Marco Polo in your backyard pool?

Unless you’re playing with children, of course. But with your adult friends?

Isn’t it interesting, then, that dogs play their entire lives? As adults, they play as they did as puppies–with their puppy friends and with their adult friends.

Most animals cease that kind of raucous play as they age.

Why? It’s an interesting question, but let’s take a look at puppies and puppy play before we dig into adult dogs’ playful antics.

As an Amazon Associate, I earn from qualifying purchases.

FIRST, WHY DO PUPPIES PLAY?

Just like human children or chimpanzee infants or tiger cubs, puppies play to learn and to build relationships.

On the Companion Animal Psychology blog, Zazie Todd, Ph.D., sums up a 2015 paper on why dogs play:

Ultimately, dogs play because it helps them learn motor skills, build social cohesion and prepare for unexpected things to happen so they can cope better when they do. Different stages of play may have different functions, with the beginning and end of a play bout especially important for social cohesion, while the main part of play is most important for learning motor skills and preparing for the unexpected.

Source: Why Do Dogs Play? via Companion Animal Psychology

Playing with you, their person is also important for puppies, but finding suitable playmates through puppy play dates and classes makes the biggest impact. Obviously, make sure it’s a closely monitored class operated by a science-based trainer or facility, but then let them have at it. Just like small children, puppies need space to learn what is–and is not–appropriate from their peers.

OK, SO WHY DO ADULT DOGS PLAY? 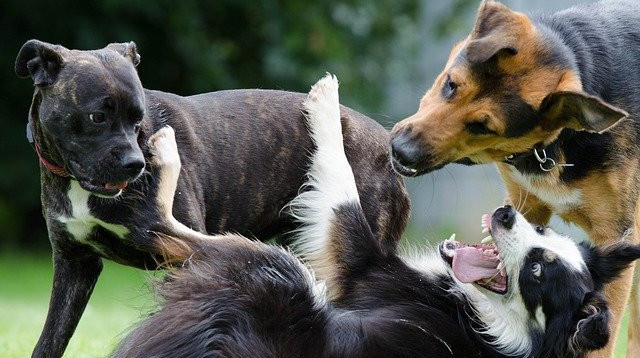 At some point, most growing animals stop playing. I mean, we might challenge our family to a vicious game of Scrabble, but we’re probably not wrestling in the living room before dinner anymore. At least… most of us aren’t..

Adult dogs, though, keep up chase and bitey-face and tackle until their bodies give up on them, and even then they can rouse for a game now and again. I have a video of 13-year-old Emmett bouncing around the living room in a play bow with Cooper for almost three whole minutes. Of course, he napped for several hours afterward, but he still had the desire to play and wrestle with his brother.

Well, according to a Behavioural Processes article called, “Why do adult dogs ‘play’?” the authors suspect that playfulness of adult dogs has far more to do with US than it does with THEM! Here’s what they had to say:

… in our view, the playfulness of adult dogs could have been selected for during domestication, as an adaptive trait facilitating differential resource provisioning by humans. Dogs may be unique among the animal kingdom in the extent to which they are rewarded by affiliative social contact with humans–and within that context, by play. Repeated play appears to be a major factor in enhancing the relationship between dog and owner, and given that this link seems to be absent in wolves, may have been selected for during domestication.

Source: Why Do Adult Dogs ‘Play’? via Behavioural Processes

So, basically, dogs play because we liked wolves who played! The paper goes on to describe playfulness as appealing to our “cute” factor, among other things. And we already know how playing with dogs makes us healthier, happier humans, so it stands to reason that we domesticated dogs, in part, because they played with us! Interesting, huh?

DOES PLAYING WITH YOU COUNT? OR DOES YOUR DOG NEED TO PLAY WITH OTHER DOGS?

“Solitary object play”–playing with toys alone–seems to be less fun for your dog than playing with you. So, while he might enjoy chewing or squeaking a toy, he’d probably rather play tug or fetch with you, according to the same Behavioural Processes article. The exception to that, btw, is a stuffed toy (like a Kong or food puzzle), which dogs love to do by themselves AND keeps them engaged and motivated.

However… since playing with YOU might be the very reason adult dogs play in the first place, it’s sort of an evolutionary responsibility that we play with our dogs all through their life, don’t you think?

That also means that adult dogs do NOT NECESSARILY need other dogs to play with. I realize this topic ruffles some feathers. Lots of folks think it’s vital for their dog to have tons of off-leash romping time with other dogs. And it CAN BE but isn’t necessarily true. Every single dog is different. Every single dog is an individual. Yes, dogs evolved to be playful their entire lives, but they do not have to be playful with one another. Playing with you is AWESOME! Sorry for all the CAPS in this paragraph, but it’s so important to emphasize that adult dogs who love to play with other dogs SHOULD, and dogs who do NOT love to play with other dogs SHOULD NOT be forced to.

DOGS PLAY BECAUSE PLAYING IS FUN! 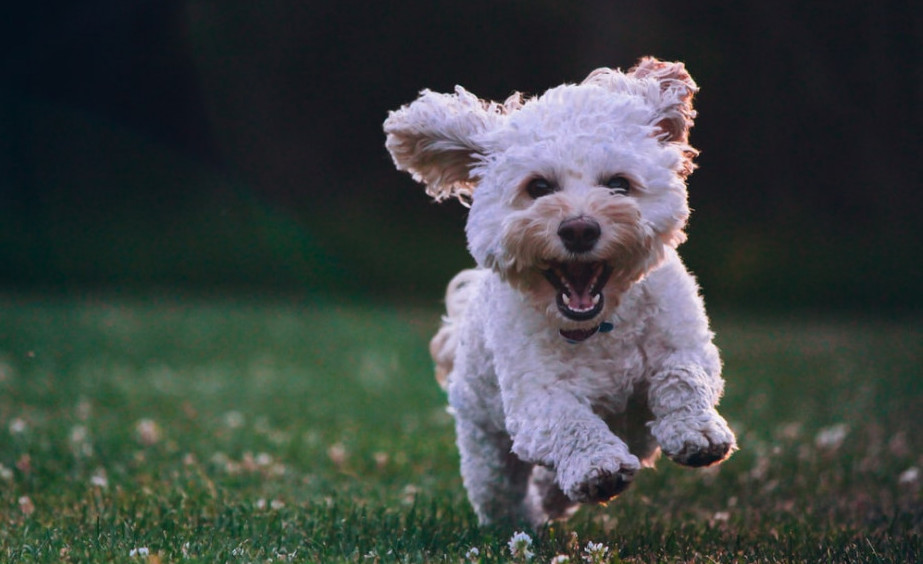 The right kind of play is super fun for everyone involved. Knowing now that play evolved in dogs specifically because we humans loved it, I hope you take away a couple of key points: First, there is no need to try to mimic your dog’s style of play. Instead, focus on interactive games (tug, fetch, training games, etc.) and social activities (walking, hiking, etc.). Second, mix in enrichment (Kongs, squeaky toys, etc.) for solitary times. It’s still play for your pup! Third, don’t force your dog to play with other dogs just because dogs are playful. Instead, tailor his playtime to his personality.

In the meantime, I would love to know: Does YOUR dog like to play? Does he or she prefer to play with you or other dogs? What’s your pup’s favorite game?

Also, if you want to learn more about dogs, play, and other behavior topics, I recommend two of my favorite books about dog behavior:

And one I’m adding to my TBR pile (has anyone read this one yet??):

If you would like to have your pup’s pic in the gallery on this site, just fill out the form below and I will be glad to add your coolest dog on the planet to the gallery!

8 thoughts on “Does Your Dog Play?”