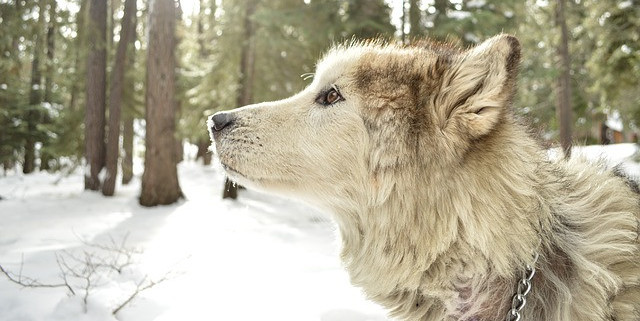 The short answer is yes; dogs are descended from wolves. The how, why, or when is still debated, but DNA from ancient dogs found in Europe has shed light on some of these questions. The involvement of humans in the process may have been much less than we think it was. Read on to find out more…

Fossil Evidence – Dogs are from Wolves

Experts still can’t agree on how exactly dogs came from wolves; they only know⸺based on DNA evidence⸺that they did. Researchers think dogs likely evolved from wolves at a single location somewhere between 20,000-40,000 years ago. Yes, that’s a pretty wide range. It was previously believed that there might have been 2 separate wolf populations that evolved separately into dogs. Still, that theory seems less likely as more DNA from ancient specimens has been found and analyzed.

Scientists examined the DNA from three dog specimens found in Germany and Ireland that were 4700-7000 years old. Researchers have established a shared ancestry between these dogs and modern European dogs. They also determined the rate of change that the DNA underwent to go from the 7000-year-old to a modern dog. Based on this rate of change, scientists were able to place the timing of the domestication of dogs between 20,000 and 40,000 years ago. It is believed that the split between eastern and western dog populations probably happened 17,000-24,000 years ago.

How Did Domestication Occur – Our Best Friends

It is thought that dogs may have been domesticated by accident. Wolves may have followed nomadic hunter/gatherers to feed on the food scraps left behind. Submissive wolves lingering nearby may have been rewarded with extra food scraps by these humans, thus favoring this trait, making them more likely to survive and pass along these genes. Submissive, friendly wolves evolved into dogs over generations as their relationship with humans became mutually beneficial.

The theory is that dogs essentially domesticated themselves, and humans played a small role. Dogs have a higher motivation for interaction with humans. Researchers found that most social dogs have a disruption in their genome that remains intact in wolves that are aloof. Interestingly genetic variation in this part of the DNA molecule in humans leads to William-Beuren syndome⸺a condition characterized by exceptionally friendly and outgoing behavior. This genetic variation in some ancient wolves would have made these animals uncharacteristically friendly. If humans began caring for these friendly wolves and they started breeding, it could have been the catalyst that brought about today’s dogs.

The alternate theory that humans somehow captured a Gray Wolf⸺Apex, predator, carnivore, and competitor⸺and it turned into Fido doesn’t seem as likely. I don’t think that is something we would have figured out 20,000-40,000 years ago.

Here is a cool little video I found that talks about this and how we were dependent on each other really.

What are the Differences Between Dogs and Wolves?

In one study, dogs and wolves had to work together to solve a puzzle in order to get a treat. “They had to pull a rope at the same exact time in order for the tray to slide in and give them food. The wolves figured it out quickly. The dogs never really figured out the problem until they had a human teach them that they need to pull the rope. Even more fascinating was that when the testers made the puzzle more challenging, the wolves still succeeded. The wolf would wait until the other wolf was let into the experiment, so they could get the treat together.”

Wolves and dogs have the same number of teeth, but wolves have a larger, stronger skull and jaw. A dog has a rounder face and eyes and floppier ears with curly or short tails. A wolf can travel greater distances and spring in the air further than a dog. This is due to their larger paws and longer front and middle toes.

Wolves mature faster than dogs. A wolf makes a good companion for about the first 6 months, and then once they become sexually mature, they are much harder to handle. On the other hand, a dog will grow into a loyal companion, and it stays that way for its life. 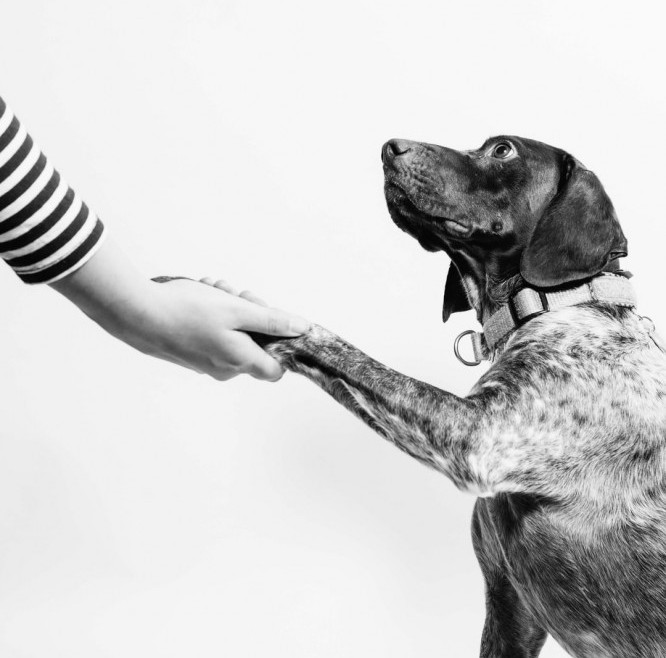 Dogs are dependent on humans for survival; wolves are not. A dog can become feral and live in the wild, but it usually doesn’t survive long due to the disadvantages of domestication. A dog will follow commands during training to please the human to get a food reward. A wolf could care less about pleasing humans and quickly gives up to find its own food. Researchers have experimented with training wolves and found they do not form the same attachments to humans or exhibit the same behaviors that dogs do. A wolf is not a dog.

Dogs might breed several times a year, but a wolf only breeds once a year around February to March, with pups born in April to May. Only the mother is involved in caring for the young with dogs, whereas with wolves, both mom and dad are involved. A wolf generally has a smaller litter size of 4-5 pups.

The Purpose of Play

When Dogs play, it is to have fun. Wolves play to learn. They learn about hunting, who is the strongest wolf, the dominant one, the fastest, and where they fit into the pack. This fosters a pack that will function together successfully to survive, with each wolf playing a particular role.

The dietary requirements of a wolf are also different. A wolf can eat raw meat (without getting sick), up to 10-20 lbs, in one sitting since they may not get more food for a while. Wolves can but don’t usually eat things like berries and plants. They are true carnivores. Dogs’ digestive systems cannot adequately deal with pathogens that may be in raw meat. Dogs are omnivores and can eat much of what humans eat. If you fed a wolf-dog food over time (and if they would eat it), it would lead to nutritional deficiencies.

This last point counters most of the folklore and BS out there about wolves. Wolves are not vicious animals hunting humans (That was a stupid movie Liam Neeson)⸺they are incredibly shy and will avoid people. It’s extremely rare for a wolf to attack a person. Yellowstone researchers thought that when they approached wolves who had just made a fresh kill, they would become aggressive and protect their kill, but instead, they observed the wolves running away. Wolf hybrids are a different story altogether. A wolf hybrid can have all the superior traits of a wolf without the shyness or fear of humans. This can make them more unpredictable and dangerous.

What are Wolf Hybrids and Should You Get One? 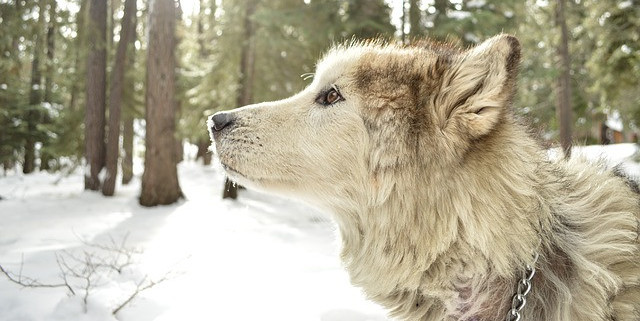 Dogs and wolves can breed to produce fertile offspring. These are known as wolf hybrids. This would not normally happen on its own in nature due to issues discussed above, such as differing rates of maturity and breeding patterns. A wolf-hybrid can be 50:50 mix or much more diluted genetically. The result is an animal with the genes of a dog that has been domesticated for centuries and the genes of a wild wolf. The result is a bit of a gamble. Depending on what genes dominate, there can be a wide range of favorable and unfavorable traits and behaviors even within the same litter.

People who own hybrids often find that their pet’s behavior makes it a challenge to care for. The diversity of genetic composition even within one litter of hybrid pups leads to a wide range of appearances and behavior patterns among all hybrids, thus making their behavior inconsistent and more difficult to predict.

You can be successful with a wolf-hybrid as long as you can fill the void of pack socialization and you don’t expect the animal to be just like a dog. It is more of a commitment than owning a dog. Most people are not willing to follow through once they realize the scope of it, which is why so many of these animals are euthanized, abandoned, or handed off to sanctuaries that usually have limited resources.

If you want a dog that looks like a wolf but is all dog and therefore more predictable, check out a Siberian Husky or Alaskan Malamute.

Dogs come from wolves, but no one knows exactly what the catalyst was. There are many theories, but the one that seems most plausible is that domestication happened naturally⸺at least initially. Once humans realized the usefulness of having dogs (hunting, herding, working, or as a companion), breeding and further domestication really took off; natural selection no longer played a part. Not to pick on anyone’s breed, but there is no way a chihuahua (I like Chihuahuas, by the way) would exist without human intervention.

If you liked this article; leave a comment below and feel free to share on social media. My goal is to raise awareness of the plight of wolves and dispel the misinformation prevalent in folklore, literature, and on the big screen.

Check out the rest of the site, including the gallery. I have a random monthly drawing for one of the coolest dogs on the planet to get a cool prize for entry. You can go there or fill out the form below.